Johnny Depp will return to direct a movie 25 years after ‘The Brave’. According to THR, the actor will go behind the cameras for the second time to take charge of ‘Modigliani’, a film about the Italian painter, draftsman and sculptor Amedeo Clemente Modigliani. The film, more specifically, will take us to 1916 Paris. Long considered a critical and commercial failure, Modigliani will live through 48 turbulent and hectic hours that will become a turning point in his life, finally cementing his reputation as the artistic legend he is today. Written by Jerzy and Mary Kromolowski from a play by Dennis McIntyre, the film will be shot in spring 2023 on location in Europe and produced by Al Pacino, Barry Navidi and Depp himself through IN.2. the European division of his Infinitum Nihil. Pacino and Navidi have previously collaborated on films such as ‘The Merchant of Venice’ (2004), ‘Wilde Salom’ (2011) or ‘Salom’ (2013), the latter two also directed by the actor. For his part, Depp is currently shooting his first film in three years, the historical drama ‘Jeanne du Barry’. Directed, co-written and co-starring the French filmmaker Mawenn (‘My love’), it tells the story of the last lover of King Louis XV (Depp), who despite being born into poverty managed to climb the social strata using his intelligence, until he wins the affection and trust of the monarch. 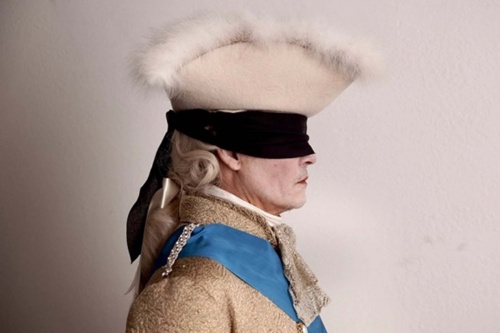