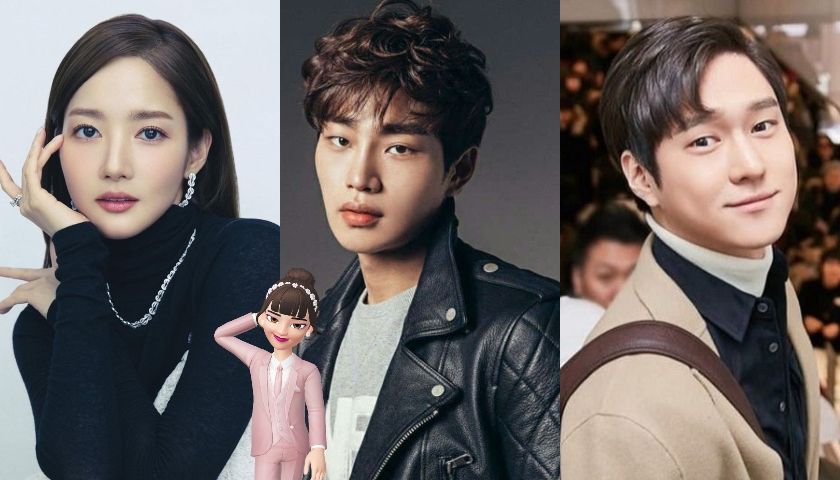 tvN’s next drama «MonWedFriTuesThursSat“, now too “Love in Contract»confirmed the participation of Park Min Young, Go Kyung Pyo and Kim Jae Young as its protagonists and recently reported that will premiere on September 21 next. It will be a 16-episode production of Business and Romance genres, directed by the PD Nam Sung Woo («kill it«, 2019; «Kkondae Intern«,, 2020; «My Roomate is a Gumiho«, 2021). The script is the first entirely by the writer Ha Gu Dam.

tvN’s new drama “Mon Wed Fri Tue Thu Sat” (literal English title) revolves around Choi Sang Eun, a “master of contract marriage” who leads a perfect single life. She becomes romantically involved with two men: a long-term mystery client on Monday, Wednesday, and Friday, and a superstar client on Tuesday, Thursday, and Saturday. According to your synopsis, is about a help service that provides wives to single people who need partners to take to married couple meetings and school meetings. The romantic comedy portrays the story that unfolds when Choi Sang Eun (Park Min Young) gets entangled with Jung Ji Ho ( Go Kyung Pyo ), who has a long-term exclusive contract for Monday, Wednesday, and Friday, and Kang Hae. Jin ( Kim Jae Young ), who signs a new contract for Tuesdays, Thursdays and Saturdays. At the first look at the character of Go Kyung Pyo, Jung Ji Ho, we can see his calm and collected side. He seems mysterious and, apart from him being dressed in professional attire, no hints are given about his profession or his hobbies. Although he has had a long-term contract with Choi Sang Eun that spans five years, Jung Hi Ho keeps his personal details hidden. On the other hand, the character of Kim Jae Young, named Kang Hae Jin, is the youngest heir to a powerful family and is also an idol turned actor. The newly released photos show him exuding the vibes of a global superstar with his fashionable outfits and serene appearance. From appearing in the news to taking care of himself by walking around wearing eye masks, Kang Hae Jin seems to be another interesting character to look forward to! Pinkvilla Credits