Sony Pictures and Diamond Films present a new trailer for ‘devotion. a story of heroes‘, a film about two American pilots played by Jonathan Majors and Glen Powell, who risked their lives during the Korean War and became the most famous pilots in the US Navy at the time. In 1950, with the Cold War threatening international peace, two young pilots from different worlds are accepted into an elite American squadron for training: One is Tom Hudner (Powell), an impeccable soldier. The other is Jesse Brown (Majors), a gifted pilot who will become the first African-American to fly in combat for the United States Navy. Started together in the VF-32 squadron, Tom and Jesse are pushed to the limit to become the best fighter pilots. Within the close brotherhood of the squad, Tom and Jesse form a strong friendship that will be tested on the heated and chaotic battlefield, when one of them is shot down behind enemy lines. Joe Jonas, Thomas Sadoski, Daren Kagasoff, Nick Hargrove, Christina Jackson and Spencer Neville complete the main cast of this film directed by JD Dillard from a script written by Jonathan Stewart and Jake Crane whose world premiere will take place next month at the Toronto Festival. Based on the Adam Makos bestseller, ‘devotion. a story of heroes‘ is an intense, exciting and moving story of courage, sacrifice and brotherhood that will be released in North American theaters on November 23 by Sony Pictures, and on December 2 in Spanish by Diamond Films.
Click here to watch it on YouTube.Click here to watch it on YouTube. You can find these and other trailers on our dailymotion channel,
or in the section Movie trailers and videos of the web. 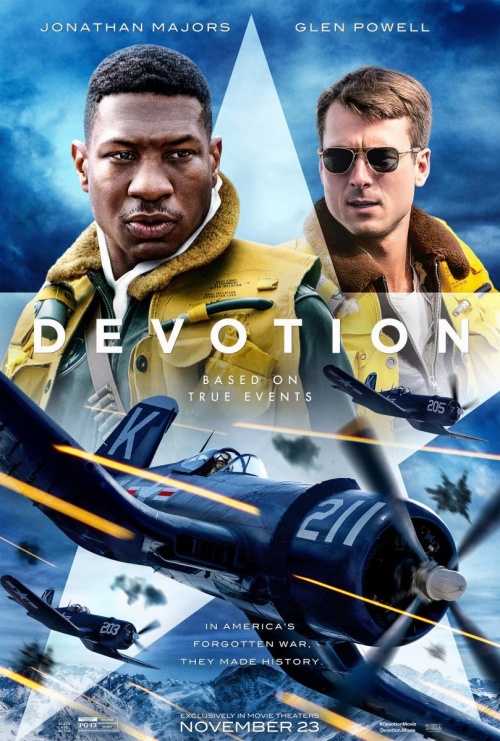