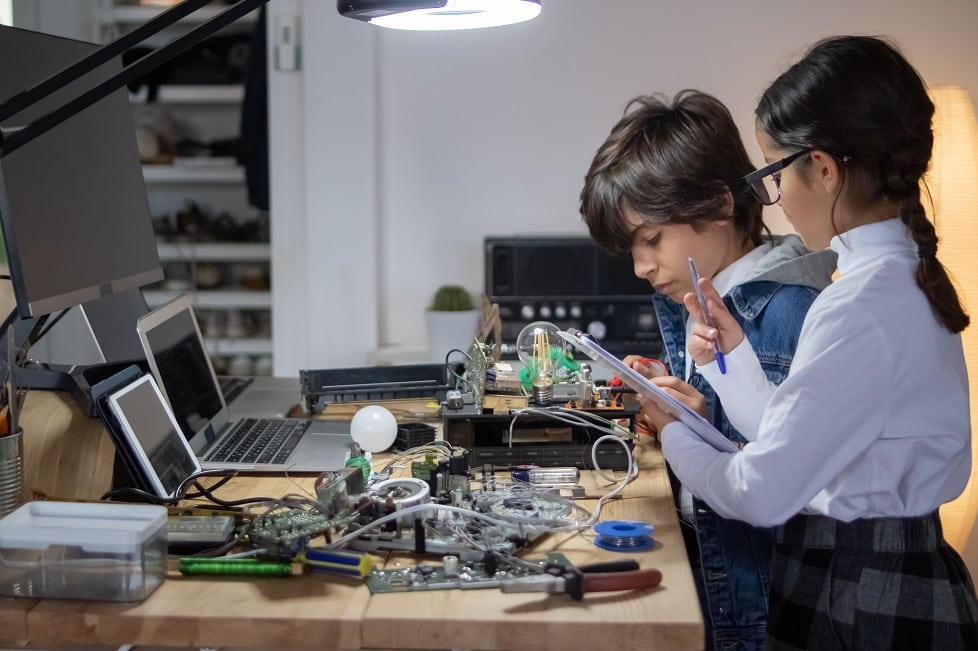 “There is a lot of talk about learning new languages, but we forget the most important of all, the language of the present and the future, which is programming and robotics.” With this phrase, Pedro Sánchez, President of the Government, announced during the debate on the State of the Nation the creation of the School Code Program 4.0; an initiative that will help develop the digital skills of Infant, Primary and Secondary students with a special focus on computational thinking, programming and robotics.

Programming assistants in the classrooms

One of the main measures brought about by this programme, which foresees an investment of 356 million euros over the next two years, is the incorporation of programming assistants in the classrooms in the style of language assistants, which could be, for example , engineers who will help teachers implement robotics, programming, and computational thinking in their classes.

The Ministry of Education has also announced that this program does not imply the modification of the new curricula that will begin to be applied in September, but rather their development. During the next course it will be implemented in Infant and Primary and, already in the following one, in Secondary. It also includes the provision of teaching equipment and materials, specific educational resources and guides that will be prepared by the National Institute of Educational Technologies and Teacher Training. Likewise, the focus will continue to be on digital teacher training: the Government recently approved an item to promote this training in some 500,000 teachers, so that they acquire sufficient skills to be able to teach this type of subject. To implement these changes, it will first be necessary to take the School Code Program 4.0 to the Education Sector Conference, so that it receives approval from the Autonomous Communities and the distribution of funds is decided. It is scheduled to be held on July 27, although it has not been confirmed that it will be an item on the agenda. Once approved, it will be the Communities that have to summon the places, and at the moment it has not been specified how many will be necessary per center.