Paul Dano, Seth Rogen, Sebastian Stan and Pete Davidson will lead the cast of ‘Dumb Money’the film adaptation of ‘The anti-social network’, the nonfiction novel written by Ben Mezrich that tells “the true story of the group of small investors, trolls and anti-establishment that brought Wall Street to its knees.” Rebecca Angelo and Lauren Schuker Blum will be the screenwriters of this film to be directed by Craig Gillespie, who in this way will return to work with Rogen and Stan after having done so in Hulu’s ‘Pam & Tommy’. In turn Gillespie will be one of its producers along with Aaron Ryder and Teddy Schwarzman. Black Bear Pictures will be in charge of financing the project, in addition to managing its international sales during the next edition of the Toronto Film Festival (which this year takes place from September 8 to 18 in the aforementioned Canadian city). Its filming is scheduled to begin this month of October. Finally, courtesy of Ediciones Deusto, we leave you with the official synopsis of ‘The anti-social network’: The savage fight of David against the Goliath of finance that changed Wall Street forever. In early 2021, an uncoordinated group of private investors and internet trolls exchanging messages about stocks and markets on a web page achieved something unexpected: Knock down one of the most important hedge funds on Wall Street. It was the first shot of a revolution that threatens to end the financial system as we know it. This vertiginous and daring book reconstructs the history of that unprecedented event. Its protagonists are titans of investment, millionaires like Elon Musk, the creators of the investment tool Robinhood and many anonymous people with normal lives. All of them, for four days, waged a battle over GameStop, a chain of video game and electronics stores whose shares soared. What started as an online joke, with emoticons and memes, ended up putting the system in check and reporting millionaire benefits to the participants. As if it were a thriller, ‘The Antisocial Network’ reveals some of the weaknesses and opportunities of the financial system, and recounts the ability of a few individuals to subvert it. The objective? That, for once, David beat Goliath and take the benefits of him. 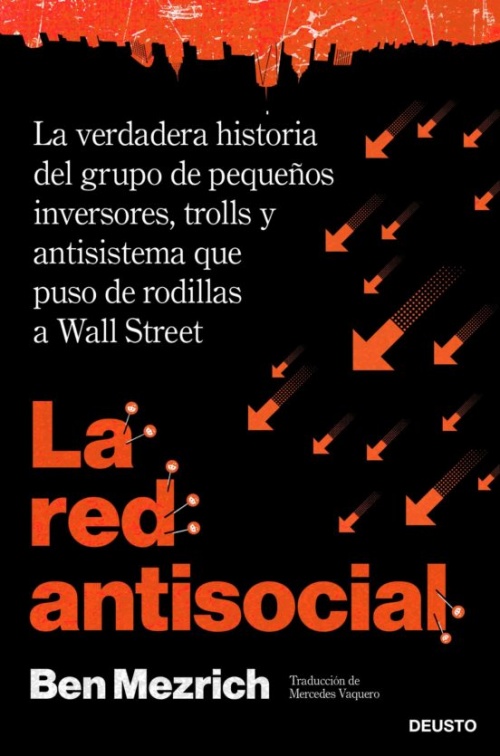