20th Century Studios and New Regency present a new one-minute trailer for ‘Amsterdam‘, a film written and directed by David O. Russell (‘Three Kings’, ‘The Fighter’, ‘The Great American Swindle’) that will hit theaters in the United States next October 7, those in our country a little later on October 28. Based on true events mixed with fiction, the film is a romantic adventure about three friends who find themselves involved in one of the most shocking secret plots in the history of the United States. Christian Bale, Margot Robbie and John David Washington lead a cast of bells that also includes Alessandro Nivola, Andrea Riseborough, Anya Taylor-Joy, Chris Rock, Matthias Schoenaerts, Michael Shannon, Mike Myers, Taylor Swift, Timothy Olyphant, Zoe Saldana , Rami Malek and Robert De Niro. The film is produced by Arnon Milchan, Matthew Budman, Anthony Katagas and the aforementioned David O. Russell and Christian Bale, with Yariv Milchan, Michael Schaefer and Sam Hanson serving as executive producers. 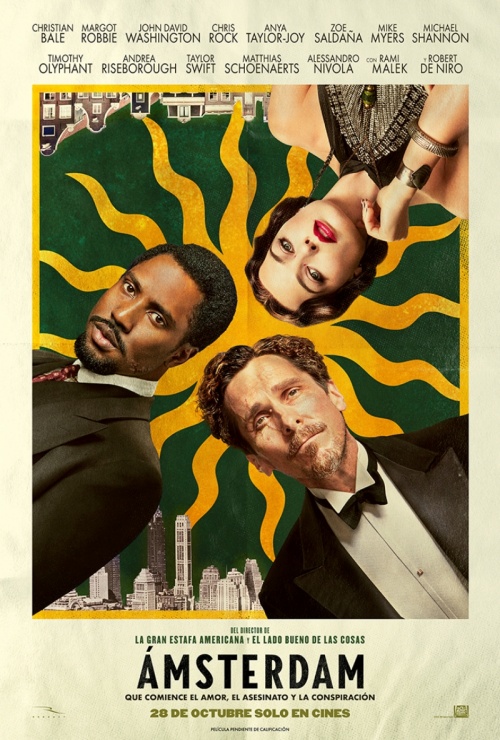