Prime Video presents the official trailer and poster of ‘Argentina, 1985‘, a film produced by La Unión de los Ríos, Kenya Films, Infinity Hill and Amazon Studios that just a few days ago was presented -quite successfully- in the Official Section of the 79th Venice International Film Festival. ‘Argentina, 1985‘ is directed by the award-winning Santiago Miter (‘Paulina’, ‘La cordillera’), also the author of its screenplay together with Mariano Llins (‘La flor’, ‘Historiasextraordinarias’), and has a stellar cast led by Ricardo Darn as Julio Strassera and Peter Lanzani as Luis Moreno Ocampo. The film is inspired by the true story of prosecutors Julio Strassera and Luis Moreno Ocampo, who in 1985 dared to investigate and prosecute the bloodiest military dictatorship in Argentine history. Undeterred by the still considerable military influence in the new and fragile democracy, Strassera and Moreno Ocampo assembled a young legal team of unlikely heroes for their David versus Goliath battle. Under constant threat to themselves and their families, they ran against time to do justice for the victims of the military junta. The film is produced by Axel Kuschevatzky, Federico Posternak, Agustina Llambi Campbell, Ricardo Darán, Santiago Mitre, Santiago Carabante, Chino Darán and Victoria Alonso as producers, with Cindy Teperman and Phin Glynn in charge of executive production. ‘Argentina, 1985‘ will be released in theaters in its country of origin on September 29, and will later be released through Prime Video in the rest of the world on a date yet to be specified. 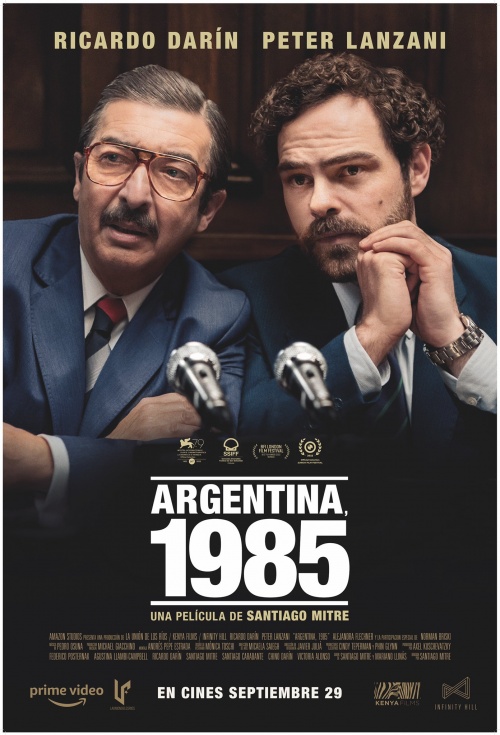