DC presents the official trailer of the 3 season of ‘penny worth’which will be released in the United States on October 6, let’s remember, through HBO Max instead of Epix like its two previous installments under the unnecessary and stupid subtitle of ‘The Origin of Batman’s Butler’. With regard to Spain, as well as Austria, Belgium, Germany, Ireland, Italy, Latin America, Luxembourg, the Netherlands, Switzerland and the United Kingdom, it is expected that it will continue to be distributed by Starzplay, without this being confirmed at the moment. . This DC original series follows in the footsteps of Alfred Pennyworth (Jack Bannon), a former British SAS soldier in his twenties who, in 1960s London, starts a security company and goes to work with young billionaire Thomas Thomas. Wayne (Ben Aldridge) before he becomes Bruce Wayne’s father. Based on the DC characters created by Bob Kane and Bill Finger, ‘penny worth’ is a series developed and written by Bruno Heller with the help of director Danny Cannon, with whom he already collaborated on ‘Gotham’. The two also serve as executive producers alongside Matthew Patnick (‘The Night Manager’).

Click here to watch it on YouTube. You can find this and other trailers on our dailymotion channel,
or in the section Movie trailers and videos of the web. 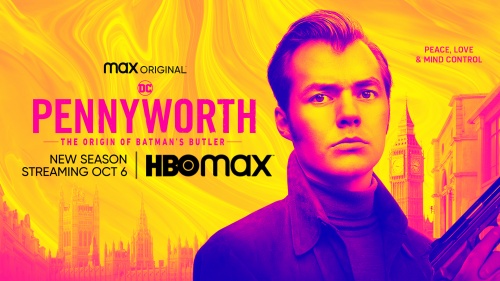