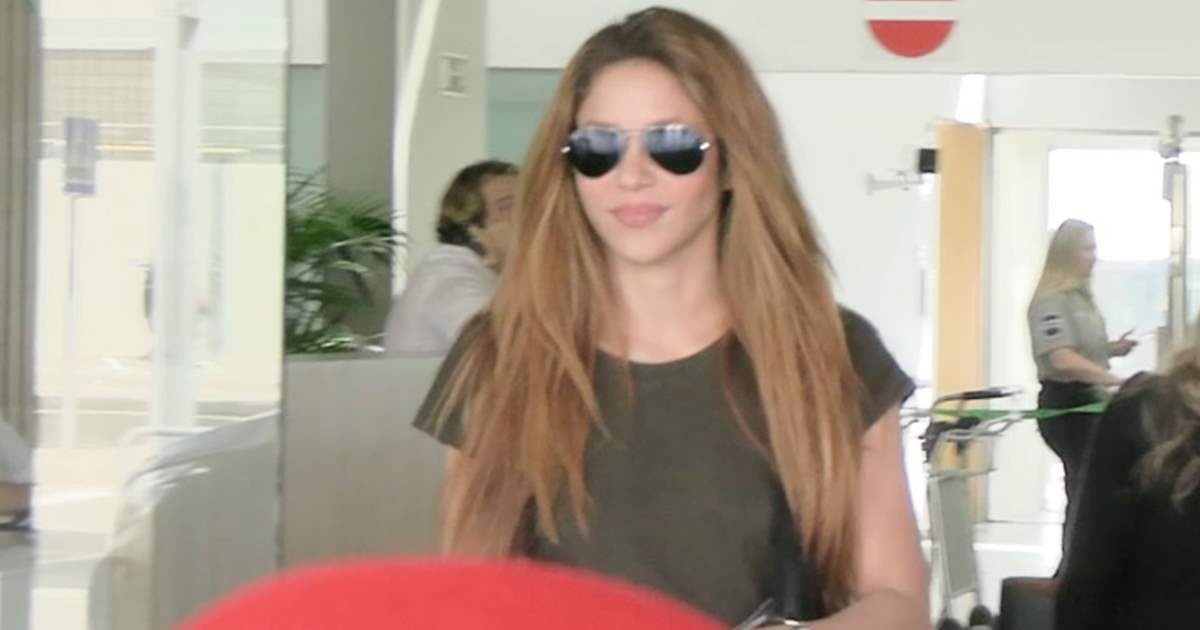 The breakup of Shakira and Gerard Piqué has been one of the most followed soap operas of the summer. The singer and the soccer player decided to end their relationship after more than a decade together and two children together. The Colombian has taken refuge in her family throughout this painful process that has meant rebuilding her life without the athlete. He, for his part, has become excited again and He has already made his relationship with Clara Chía official. Shakira is not experiencing the best personal moment of her life, but her latest appearance shows a radical change in her attitude. Since she announced her separation from Gerard Piqué, Shakira has tried to normalize the commotion that the end has caused of her love story. The artist he has appeared on numerous occasions before the media with a serious face but now things have changed and, after landing in Barcelona, ​​she has shown that she is calm despite the circumstances. Although she has not wanted to speak publicly about how she has lived in recent months, Shakira has shown that she is at peace, relaxed, smiling and very focused on her loved ones and in the next professional projects that you have in mind. Everything indicates that the singer has already recorded her collaboration with Bizarrap, the most acclaimed Argentine producer in recent months. HIT PLAY!Shakira has very clear ideas and, for her, the well-being of her family is paramount. You just have to see the tender message that she recently wrote through her social networks: “the hero of my life. You have had COVID, two falls and two operations. It has been a lot this year and you are still at 91 years old, teaching me resilience and limitless love every day”. Piqué, for his part, is focused on his sports career at FC Barcelona and already He does not intend to hide his love for Clara Chía anymore.