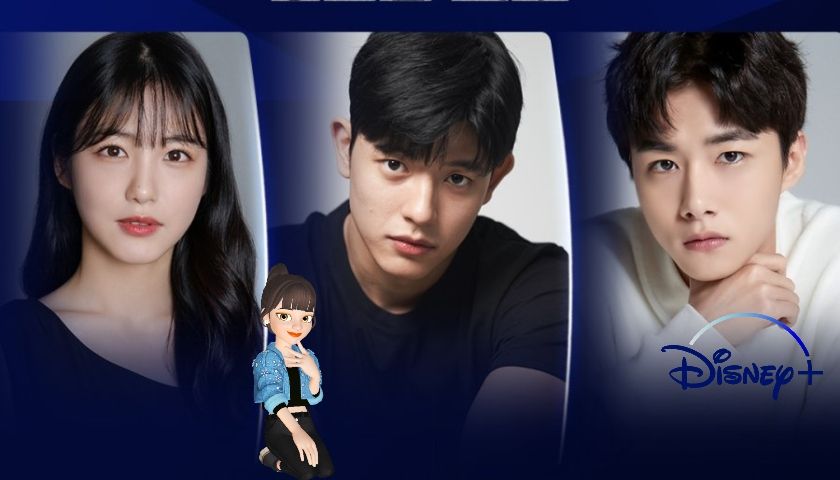 In December 2021, it was reported about the new project starring Shin Ye Eun, who has sadly been involved in underperforming dramas despite her efforts. In my opinion she is a talented and hardworking girl, but whoever chooses her roles together with her is not doing a good job!! This has caused her reputation to be affected and so, it comes to her «Third Person Revenge» (“Revenge in the third person” Trad.Lit. Spanish), a production that is announced by Disney +, to premiere next November.

Shin Ye Eun in «Meow the Secret Boy»”Third Person Revenge” is a teen revenge thriller that unfolds around Ok Chan Mi, who searches for the truth related to the death of her twin brother, and Ji Su Heon, who began to take revenge on the unjust world, both characters get caught up in a shocking incident .

Park Solomon in “All of Us Are Dead”

Seo Ji Hoon in “Meow the Secret Boy” According to Disney+, Shin Ye Eun She will take on the role of Ok Chan Mi, who participated in shooting sports in high school and seeks the truth about the death of her twin brother. lomond («All of Us Are Dead«), will play Ji Su Heon, a boy who takes revenge on behalf of those who are alienated at school. Besides going back and forth between innocence and intensity, he will show a special chemistry with Shin Ye Eun.

Seo Ji Hoon He will play Seok Jae Beom, who follows the traces of a certain incident in his lost memory. Seo Ji Hoon already worked with Shin Ye Eun in “Meow the Secret Boy«.

Chae Sang Woo – Lee Soo Min – Jung Soo Bin On the other hand, Chae Sang Woo will transform into Ki Oh Sung, who looks perfect but is mysterious. Lee Soo Min will play Kook Ji Hyun, a girl with hidden secrets, and Jung Soo Bin («Juvenile Justice«), will play Tae So Yeon, who suggests that Ji Su Heon act as a representative of revenge. The script for “Third Person Revenge» is the work of Lee Hee Myeongauthor of «Reunited Worlds«, 2017; «The Second Last Love«, 2016; «Beautiful Gong Shim” Y “The Rooftop Prince«, 2012; among others. The address will be Kim Yoo-jin, but it seems that this is his first solo project. The story will have 12 episodes and is only advertised under the Drama genre. Credits Soompi