Disney presents the official trailer and poster for ‘The return of the witches 2‘, as its title plainly indicates, the sequel to the 1993 film that once starred Bette Midler, Sarah Jessica Parker and Kathy Najimy. How could it be otherwise, the three take up the characters of the Machiavellian Sanderson sisters almost 30 years later in this late continuation directed by Anne Fletcher, responsible for ‘The Proposal’ or ‘A Traveling Chaos’, among others. Sam Richardson, Doug Jones, Hannah Waddingham, Whitney Peak, Belissa Escobedo, Lilia Buckingham, Froyan Gutierrez and Tony Hale complete the main cast of this production which, like the new version of ‘Pinocchio’ directed by Robert Zemeckis, will premiere directly on Disney+ on the 30th of this same month of September.

Click here to watch it on YouTube. You can find these and other videos on our dailymotion channel,
or in the section Movie trailers and videos of the web. 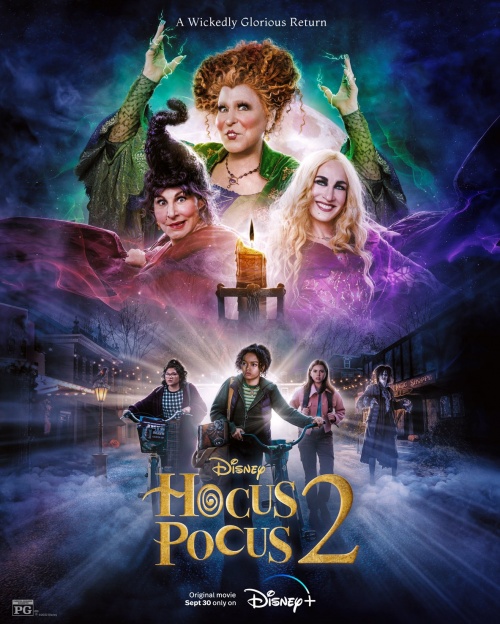