Caramel Films presents the Spanish trailer and poster for ‘Peter Von Kant‘, a free adaptation of ‘The Bitter Tears of Petra von Kant’ by Reiner Werner Fassbinder, written and directed by Franois Ozon. The film follows Peter Von Kant, a famous successful director who lives with his assistant Karl, whom he mistreats and humiliates. Thanks to the great actress Sidonie, he meets and falls in love with Amir, a handsome young man of modest origins to whom he offers to share his house and support him to enter the world of cinema. Denis Menochet, Isabelle Adjani, Khalil Ben Gharbia, Hanna Schygulla, Stefan Crepon and Aminthe Audiard star in this film with which Ozon “wanted to shoot a version that I could more directly identify with. Hence the choice to leave the world of film.” fashion and change it for the world of cinema, and convert the three main characters to the male gender”. After passing through festivals such as Berlin and San Sebastian, ‘Peter Von Kant‘ will hit Spanish movie theaters on October 14 by Caramel Films. 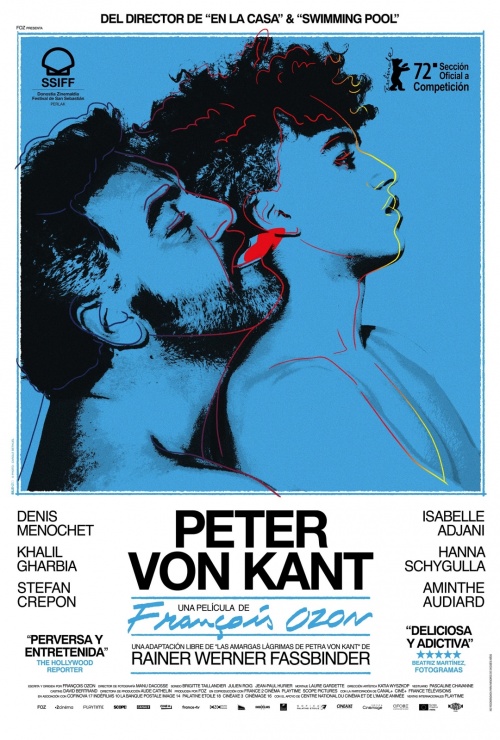