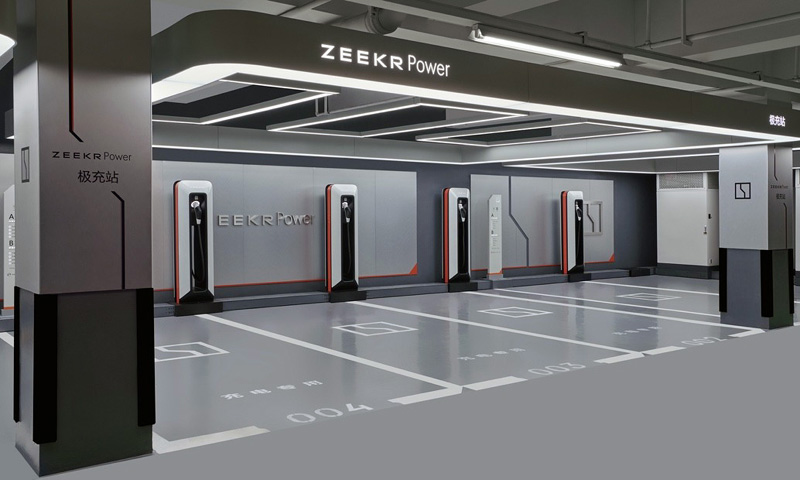 Zeekr challenges Tesla and presents the fastest charging station for electric cars. The station has a power of 600 kW and will provide an additional 300 km range in 5 minutes. It has been known for a long time that the biggest disadvantage of electric cars is the relatively low range provided by their batteries. Although manufacturers declare in advertising materials that their vehicles travel 500 km or more on a single charge, the reality is different. Under normal conditions, this range can be 20-30 percent lower, and it is even worse when winter comes.

This means that the car needs to be recharged often, and therefore a longer journey must be properly planned, taking breaks to refill the batteries. So far, no revolutionary battery technology has been released to overcome this. So companies are trying to solve this problem with faster and faster chargers. As I recently reported, the company XPeng Motors has launched a new S4 charging station with a power of 480 kW and an amperage of 600 A. Such technology, after only 5 minutes of charging, will provide the vehicle with energy to travel another 200 km. However, Zeekr decided to break it and designed an even more powerful charging station. It has an impressive power output of as much as 600 kW. Thus, within five minutes, it can extend the car’s range by an additional 300 km. Such a high power was achieved thanks to special liquid-cooled components, which allowed to safely raise it from the previous 360 kW. Of course, the new charging station will not offer its full capabilities to every car. The vehicle must be able to handle this huge charging power. The model has such possibilities Zeekr 009, the manufacturer of which promises a range of 1000 km. Its owners will no longer have to plan longer breaks during the trip, because “refueling” will take almost the same as cars with an internal combustion engine. For now, it is not known how many such strong stations will be available to drivers. Although Zeekr has 453 chargers in China, these are the weaker 360 kW versions. So they have to be upgraded to offer the full 600 kW of power.