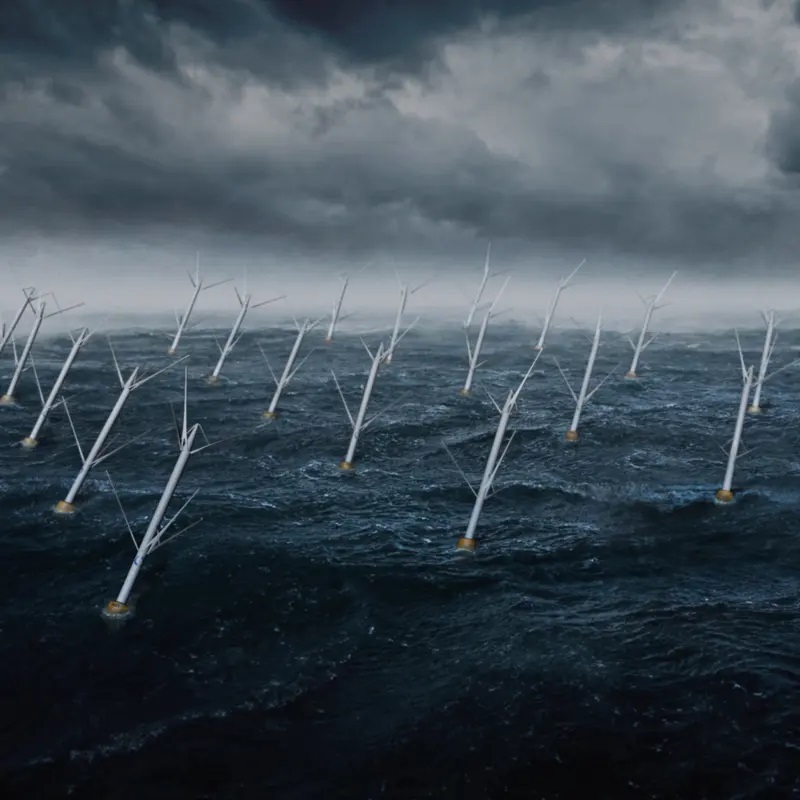 Norwegian company World Wide Wind has unveiled an innovative design of a floating vertical axis turbine (VAWT) for offshore wind farms. Such technology could revolutionize the production of renewable energy in the future. The energy crisis has clearly shown that we need new ideas for the production of electricity. And those that can be implemented relatively quickly and will provide us with electricity at relatively low prices. The most useful concept is offshore wind farms, which, if installed some distance from the shore, can produce energy very efficiently. The problem is that as sea or ocean depth increases, conventional horizontal axis wind turbines (HAWT) lose their meaning. They have to accommodate many heavy elements, such as drive systems, gearboxes, generators and huge blades. Mounting them on floating platforms and preventing them from tipping over is a huge challenge for engineers. Not to mention the high costs of such an investment, which reduce its profitability.

A promising idea in this matter has the Norwegian startup World Wide Wind, which presented the project of a floating turbine with a vertical axis of rotation (VAWT). The design differs significantly from the HAWT turbines and may be its greatest advantage. The turbine blades are above the water, and all heavy equipment is at the bottomwhich keeps the turbine straight in the water, similar to a float. It is also essential that it can absorb wind energy from any direction and does not have to face it, so it can be lighter than HAWT turbines. Of course, this is not a flawless technology. The biggest disadvantage of VAWT turbines is significantly lower efficiency compared to HAWT. On the other hand, they can be placed closer to each other without performance degradation, which means that they are able to produce more energy from a given area of ​​the ocean. 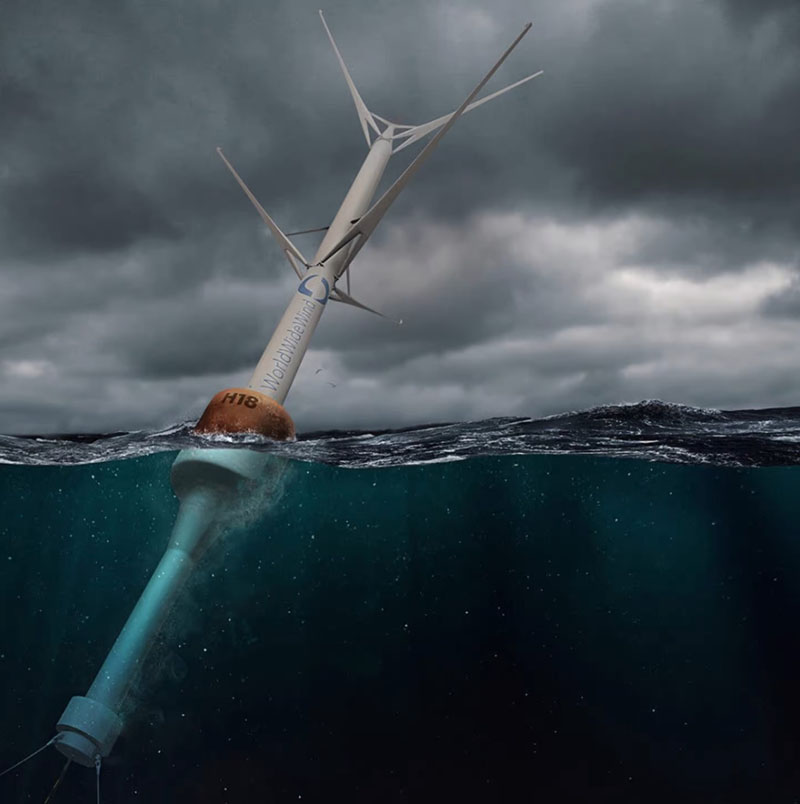 The structure proposed by World Wide Wind is completely new and specially designed for large-scale offshore deployment. The turbine consists of two sets of blades arranged one above the other, which rotate in opposite directions. One of them is attached to the rotor and the other to the stator, which doubles the rotation speed compared to the static stator, allowing it to generate a lot of energy. The company calls its design a counter-rotating vertical turbine, or CRVT. The heaviest components requiring the most maintenance are at the bottom, under a floating pontoon, next to the power cord. The whole thing, however, was designed in such a way that the turbines could tilt with the wind. The ability to tilt will also resist sudden and violent gusts of wind and harmful vibrations.

Given the lower efficiency of VAWT turbines, a very large scale is needed to make energy production profitable. At the moment, the largest turbine of this type is MingYang Smart Energy 16.0-242. It is 242 m high and has a capacity of 16 MW.

The World Wide Wind claims, however, that its design is much easier to scale. This is why it can reach a height of up to 400 m, and a capacity per unit of as much as 40 MW. However, the key to such projects are costs, and how much are they in this case? The company estimates it is projected cost level is less than $ 50 per MW. The company is currently working to accelerate CRVT development through faster prototyping. He hopes that a 3 MW turbine will be operational by 2026. Whereas in 2029, a 40 MW version will be available. Unfortunately, it is difficult to say at the moment whether it will work, because World Wide Wind does not support its project with any research. There is also no evidence that the prototype was tested on a microscale. There is also the question of the service life of such a turbine, as the blades must withstand high forces pressing against them from all sides. Nothing is known yet about the performance loss. And also the procedures for servicing a giant with a height of 400 meters, which is similar to a decent skyscraper. It is even hard to say whether work such as replacing bearings would even be possible at sea. So for now, you have to be very careful with this project, because there is no certainty that it will work at all. However, if the concept worked out, we would have another idea to provide cheap energy. Source