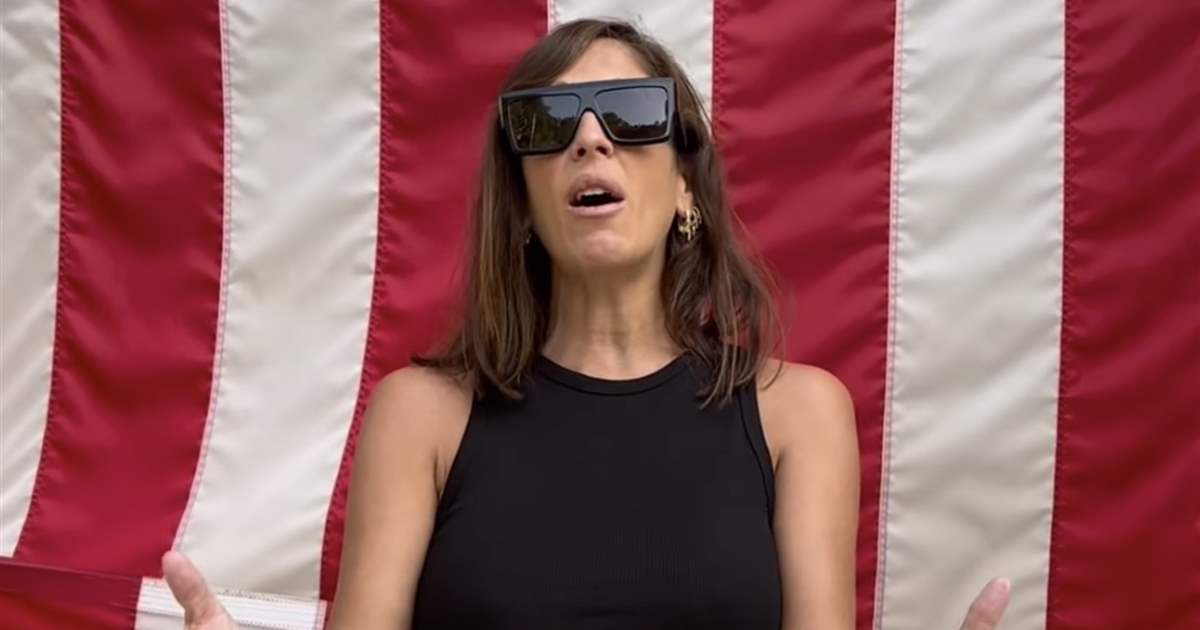 Anabel Pantoja goes viral from New York by singing the United States anthem in the middle of the street. Instagram @ anabelpantoja00 Anabel Pantoja and Yulen Pereira do not stop fulfilling dreams together. When it seemed that the couple had already returned to Madrid to stay, they left again. The collaborator and the fencer took a plane a few days ago to head to New York. After traveling to Egypt, Ibiza or Seville, they have now chosen the Big Apple as their destination and there they find themselves enjoying their love and their friendship with Alejandro Nieto, Tania Medina and Ana Luque, companions of ‘Survivors 2022’. And not only that. Anabel Pantoja, in addition to creating more unforgettable memories with Yulen, is also leaving moments. The last one, a video that has become viral and in which he appears leaving his voice singing the anthem of the United States in the middle of the street.Anabel Pantoja has pulled a sense of humor and has starred in a moment that is being the most talked about. Isabel Pantoja’s niece He has shared this video on Instagram in which he appears with the American flag in the background and singing the United States anthem. Or rather trying, because he has left his voice with such dedication despite the fact that tuning has not been his thing. “I’m sorry, being here in this city apart from seeing places I see characters from the cinema, from the series, but everything reminds me of her. Thank you Whitney for everything you have left us and the present that we have you so many who adore you. Up there you will be laughing at this crazy woman who ADORES you ”, were the words that she has written along with this great moment with which she has remembered Whitney Houston. If you want to listen to Anabel, above we leave you the video with the moment, so don’t hesitate and… Press play!Anabel Pantoja’s followers have reacted quickly to this publication. There are many who have written to her to talk about the moment she has starred in. Mercedes Milá has told him “she will laugh but we will cry”, Marta Peñate has admired that her partner learns the song in English, Susana Molina and Amor Romeira have written laughter… Endless comments that have highlighted his sense of humor.The one who has not spoken has been Yulen Pereira, but he was probably in charge of recording this performance in New York. Because they have become totally inseparable. Since they left ‘Survivors 2022’, there are very few days that each one has spent on one side, and now they are recharging batteries in the city of skyscrapers and then resume the routine. The fencer is going to train again to prepare for the Olympic Games, a new stage in which, as he has assured, Anabel Pantoja is going to become his great support.