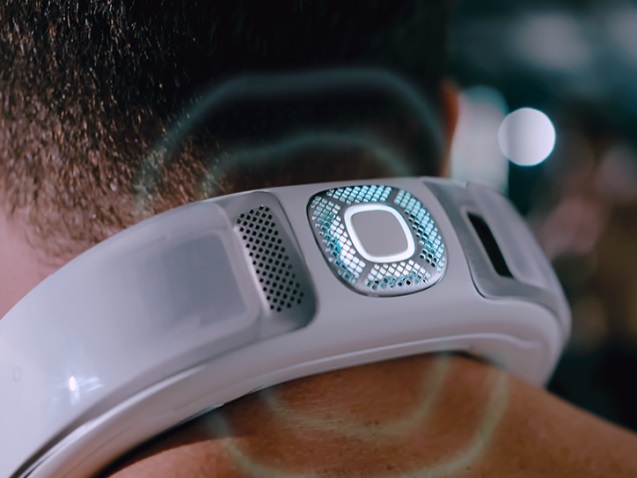 On Indiegogo we can find a very interesting Metaura Pro air conditioner. It is a wearable device that can not only cool down, but also warm up our body, so it is suitable for both summer and winter. In summer, the heat can be a pain, while the cold winters make you refuse to leave your warm home. However, a device has been developed that can make both the summer and winter months more bearable. It’s called Metaura Pro and it is a wearable air conditioner with heating function. The gadget appeared on the Indiegogo platform and quickly collected over PLN 1.2 million of support for starting production. Such a large support for the project should not come as a surprise, as it is very interesting. The device is a neckband that can cool our skin very effectively by blowing cool air on it. In fan mode, the air is approximately 4 degrees Celsius cooler than the ambient temperature. In cooling mode, it can be as much as 10 degrees Celsius less.

The product uses the Peltier effect and its action is based on the generated temperature difference, which turns hot air into cooler air. Interestingly, the temperature can be adjusted between 16 and 55 degrees Celsius. Thanks to this, the device will cool us in the summer and warm us in winter, making it easier to survive frosts. 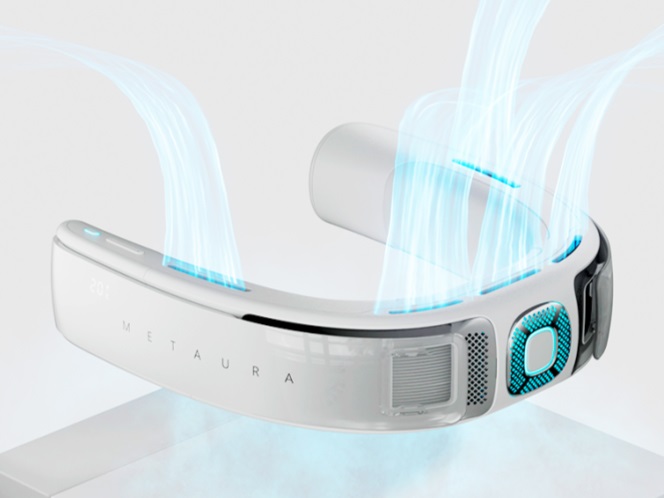 The equipment has an AI that automatically regulates the temperature using an NTC sensor that monitors body temperature in real time. The device also has a Bluetooth module that allows you to pair it with a smartphone. Then, using the application, you can set the parameters of its work.

The air conditioner uses a battery to operate, which lasts about 8 hours. However, refilling it with a 22 W charger takes about 2.5 hours. Metaura Pro can now be ordered on Indiegogo, where it costs PLN 1179 per zloty. Hardware distribution has just started. Source