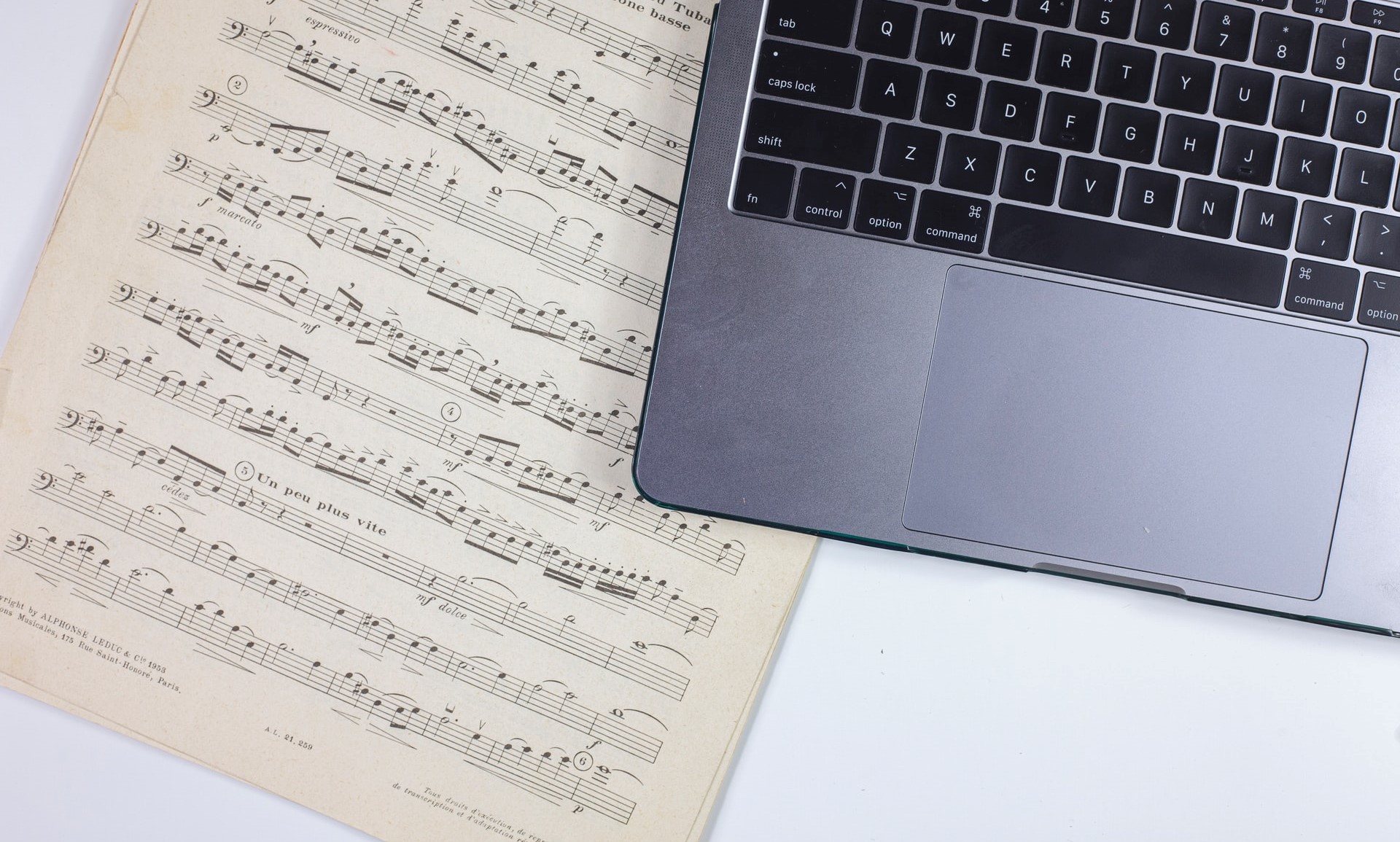 Who else, who less, knows her. Those five horizontal lines with their symbols, their expressions and, to some extent, the mystery of it. Yes, mystery, because the score is associated with those who understand it, who can read and write it, a kind of initiates in the ritual of serious music. But, is there so much?

We are going to investigate a little the score, its different incarnations and uses, its mythical difficulty and its past, present and future.

What is a sheet music?

To give a quick definition, we can say that a score is a handwritten or printed representation on some support, which shows the essential information of a musical composition and, often, indicates how it should be interpreted. To achieve this, it uses a kind of language that includes a series of musical signs and rules of use that is usually called a notation system. In an orchestral or band context, the word score is used exclusively for the document handled by the director or director, while the score of each musician is usually called a part or particella, with the musical information of the piece exclusively for that instrument or some related, which can even be executed by the same interpreter.

Origin and evolution of sheet music

The very word “score” already gives us a clue about the purpose and usefulness of such a document. Its meaning in Italian, “set of parts”, already makes it clear that its purpose is to bring together what each instrument is going to play. In the context of so-called «classical music» the sheet music is usually in front of the musicians when they play but, in Jazz, for example, some music with a lot of presence of instrumental improvisation, the sheet music, often called «lead sheet« , is used as a guide, with general or basic indications about the melody, chord changes or arrangements, among others. Over time, it has come to be used with other different and particular meanings. In short, since the attempts to establish some type of musical notation are very old, both the signs and a good part of the rules, as well as the way in which these documents have been produced, have changed, depending on the place and the available techniques, to throughout the centuries. But, let us start at the beginning. 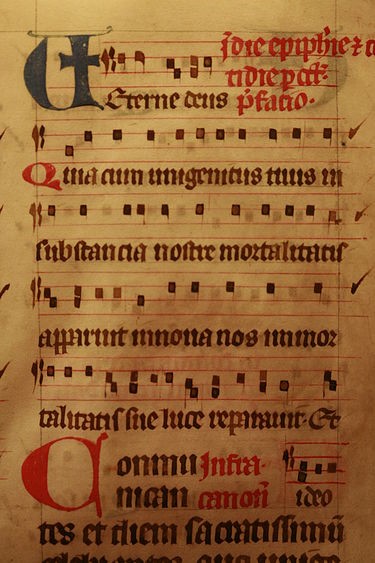 The history of sheet music is, to a large extent, the history of the media on which music is written and read. Until the fifteenth century, approximately, the scores were created by hand, and were, therefore, unique pieces, scarce and, moreover, delicate. For centuries, parchments were used and each manuscript was preserved, many times, together with others in large books as a compilation. With the invention of the printing press, in the fifteenth century, attempts began to adapt this new technology and the machines that made it possible, to the peculiarities of signs and musical spellings. Despite the innovations, hundreds of years still passed in which these impressions had to be completed by hand with details that the machinery was not capable of faithfully reproducing. Little by little, it was possible to print the lines of the staves more clearly and the precision of the impressions was improved, in a process that lasted centuries, with the aim of making the result more and more neat and legible. The printing age made it possible for many more musical copies to circulate around the world and also gave rise to a new business: the sale of musical scores. Music publishers, copyrights and music collection entities formed the legal and commercial framework for this new industry. In the 20th century, some typewriters for musical scores appeared, although their operation was rather complex, so they did not have a great impact. With the appearance and development of digital technology, the scores had a new channel and format to be written, read and distributed. Computer programs specialized in musical notation made it possible to write, manipulate, read, save and share scores with agility and ease never seen before. These files allow you to change instruments, transpose them and also transform them into digital information, using the musical data protocol MIDI (Musical Instrument Digital Interface). Both digital sheet music editors and DAWs (Digital Audio Workstations) have been expanding the possibilities of creating and transforming written signs into real music. Virtual sheet music, also called digital sheet music, also made it possible for licensed publishers to trade copyright through e-commerce and online transactions. In short, a new revolution and almost universal access for those ancient manuscripts created by hand on parchment. 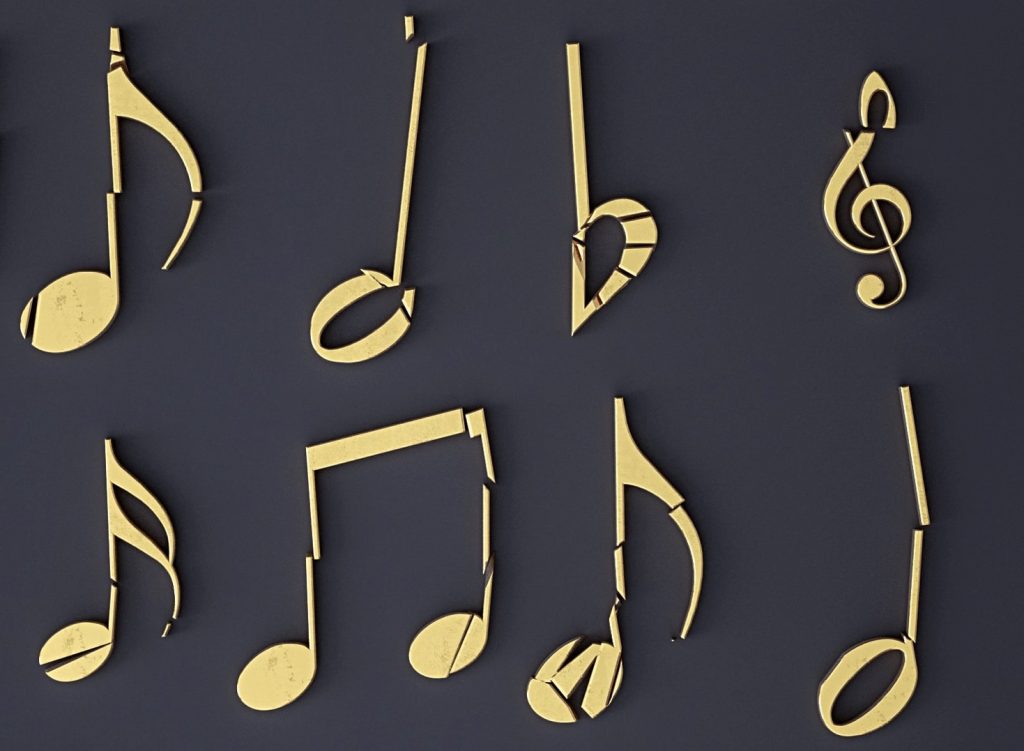 Elements and structure of the score

If we try to make a list of the elements that are usually included in a score, we could obtain something like this:

But when we talk about scores, we are really referring to a varied set of musical documents, each of them specialized for a specific use and purpose. 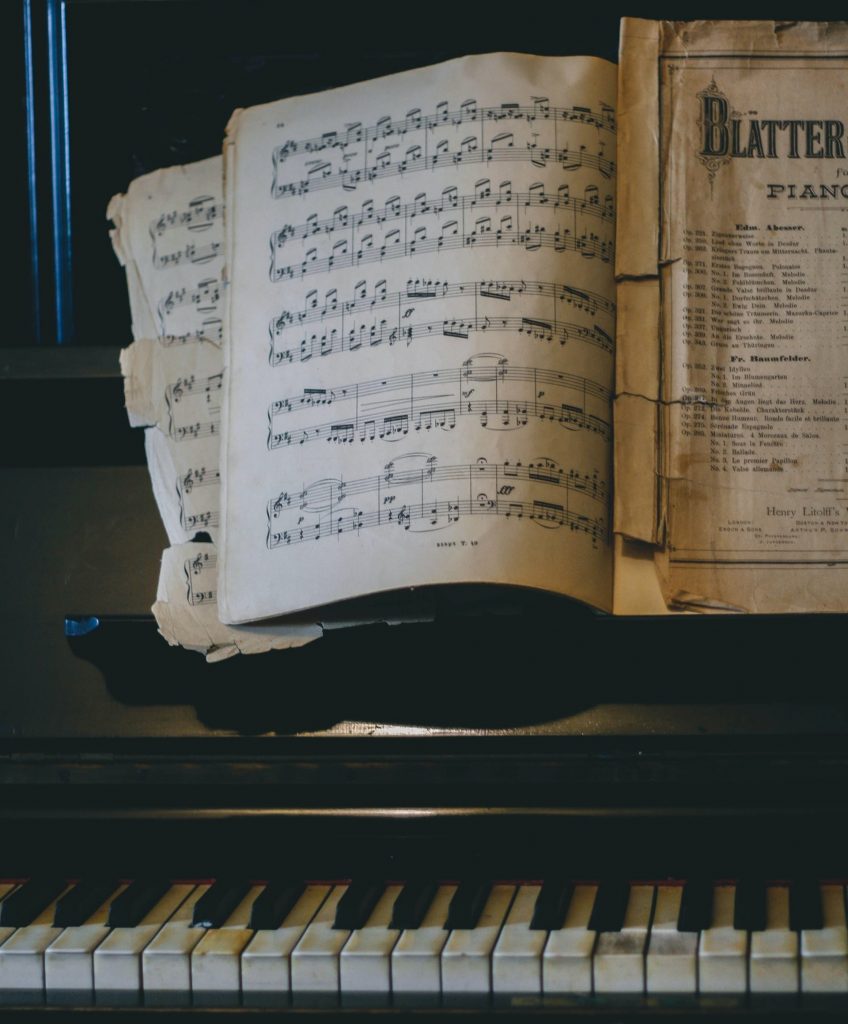 Sheet music and piano Let’s look at some types of sheet music:

full score: Score with all the instruments and indications of a musical beginning handled by the director or conductor or main musical conductor.study sheet music: Complete score of smaller size, focused on the study and not for use in a performance.piano sheet music: Sometimes called piano reduction, it consists of a score with transcriptions or adaptations of musical works so that they can be performed on the piano, in different situations.vocal score: Is the reduction of a complex vocal work, such as an opera, musical, or cantata, showing the vocal parts (solo and choral) on their staves and the non-vocal parts in a piano reduction.solo sheet music: In the orchestral context, called «particella», it is a score in which only the part that must be interpreted by a single musician and his instrument, or a group of interpreters who play or sing exactly the same within, appears independently. a work with more parts. abridged score: Consists of a reduction of works for multiple instruments to just a few staves. In composition, some kind of abbreviated score is often written, and then the full orchestration is completed.lead sheet: This type of sheet music shows only the melody, the lyrics and the harmony, often with chord symbols placed above the staff and with the lyrics below. In popular music, it is used to show the essential elements of the song without specifying what the entire musical arrangement or exact performance of the song should look like.