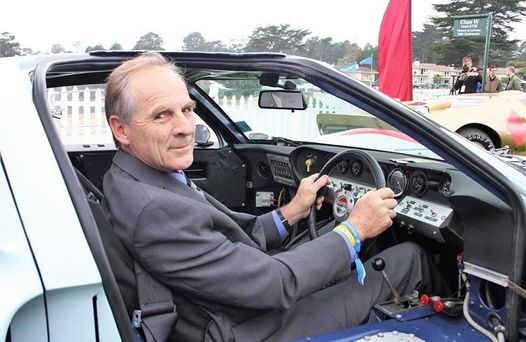 Who is Ken Miles Son, Peter Miles? Today we will discuss Ken miles and Peter Miles’s Life & Much More

Kenneth Miles is one of the most renowned names in the world of racing and unfortunately, the tough and dangerous tracks of the Le Mans were the last time this legend has seen in his full glory. When Miles was performing the role of the primary driver for the testing of the Ford J-car at the Riverside International Raceway and was reaching the last 1-mile stretch at top speed in the J-car. While going on the downhill stretch the car suddenly looped, flipped, and caught fire while ejecting Miles and instantly killing him on August 17, 1966. This horrific extremely remorseful accident was witnessed not only by his close friend Carroll Shelby but also by Ken Miles Son, Peter. so

The death of his father definitely came as a remorseful shock to the 15-year-old Peter Miles and his mother Mollie Miles, but young Peter had to soon take the responsibility of the whole household. A few months later, Peter began to work at Troutman and Barnes custom car shop under the tutelage of Dick Troutman who was a good friend of Ken Miles. After gaining some more insight into his line of work, Peter joined Precision Performance Inc. (PPI) in the year 1986. As every journey needs a starting point, Peter started off as a fabricator within the walls of Precision Performance Inc. But soon he rose to the title of mechanic and was promoted to the position of crew chief.

When Ivan Stewart won the 1991 Nissan 400, that took place in Nevada, Ivan’s crew was led by none other than Peter who was sporting as his crew chief. They say that wounds run deeper than they seem to be, and this might be true in Peter’s case as in an interview with Le Mans in the year 2019, Peter revealed that he hasn’t visited Le Mans since the year he last saw his father.

Read More THAT DAMN MICHAEL CHE TRAILER, RELEASE DATE, AND WHERE TO WATCH

The Christian Bale and Matt Damon starred ‘Ford v Ferrari‘ is a masterpiece to its very core, and does a commendable job in giving Ken Miles’s legacy a fair tribute. Though Christian Bale has done many real-life roles, Ford v Ferrari did prove to be a challenge for Bale. As sadly Ken Miles isn’t among us anymore to guide Bale through his role and Miles wasn’t fond of being in big parties, thus there are not many recordings of the legend. This is where Peter stepped in and helped Bale and Caitriona Balfe who portrayed Miles’ wife Mollie with as much information and insight he could provide. 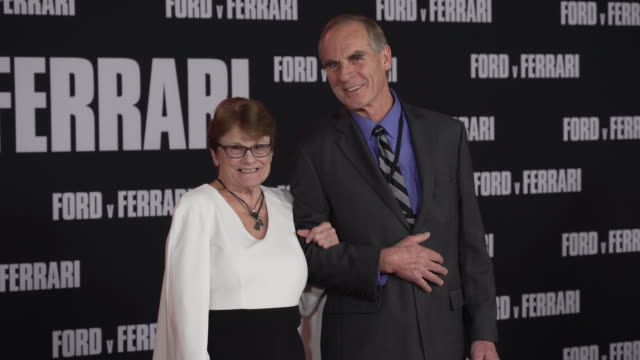 More About Ford Vs Ferrari

Ford vs Ferrari is directed by very own James Mangold. It stars some highly famous actors like Christian Bale and Matt Damon. It is a very sentimental movie that makes you remember your dad and the sacrifices he did for you. The movie surfaces around the Lemans race in which Peter’s dad died. Ford vs Ferrari, as the name suggests, is a race battle between Enzo Ferrari and Henry The Ford II. This dispute arose when Ferrari declined Ford’s proposal to invest in his company but instead, Ferrari chose to invest in Fiat, leaving Ford disappointed.

Peter was as the area where his death occurred from the car accident. Peter described the scene as, “I saw a cargo up into flames in front of me. It was like watching a ball of fire. The car exploded in front of me. I could sense the heat.” It is a traumatizing experience for an adult itself imagine how traumatizing it must have been for a boy 15-year-old boy, Peter. There were some conspiracies though, depicting that Ken Miles never died in the car crash. But with the condition of his car and the way they his body it is only fair to say that he actually died.

K n Miles was married to Mollie and had a son, Peter Miles. Peter was born on September 28, 1950. He was very fond of his father. Peter is now a 70-year-old man. He has achieved so much through his father’s legacy and still managed to keep it intact to this day. Online sources show that Peter joined his father in the car business.

He currently owns about $80 million from his vintage car collection. Peter participated in few car races himself too, off-road though. He was called the iron man of the racing industry. He also has his contribution in overlooking the manufacturing of 427 Cobra replicas, a Limited edition of course.

All in all, Peter is now as successful as his father. He remained strong throughout his father’s passing and still managed to look over his household and took care of his mother as well. As far as his mother goes, she supported his husbands’ dream even after knowing the hazards. She got through her husband’s demise and raised his son to success. He truly is an inspiration.

Stay Tuned with The Global Coverage for More Updates on Ken Miles Son.